"Ekatondapiliani" is located at around 50 meters from the harbor of Parikia the capital of Paros, a 15 minutes drive from Naoussa.

It is one of the most important and well preserved Christian churches in Greece with great history and chilling legends.

It was built in the mid of the 4th Century by the Byzantine Empress Helen or her son Emperor Constantine the Great, according to others. On the same area there was a small church where Empress Helen stopped to pay her respect, on the way to the Holy Lands to find the Holy Cross.

She made a religious vow to Mother Mary that if she would find it, she would return and build a great temple dedicated to her and so she did.

There were two names of the church used from the 16th century, Ekatondapiliani meaning 100 gates and "Katapoliani" from the term "Katapola" meaning in a free translation "to the city or towards the city", as it is believed that it "shows" towards to where the City of Ancient Paros was.

The "100 gates" name is also tied to the legend that the 100th gate is secret and it will only reveal itself when the Byzantine city of Constantinople will return to the Greeks.

Do not miss the two figures standing at the great gate of the North Pilgrimage wing. According to the folklore legend, they belong to the lead builder Ignatius commissioned by Justine on the 6th century, and the lead builder of Agia Sofia in Constantinople.

Ignatius was his student and upon completion of the church, he called his master to show him his achievement. The master got so jealous and afraid of his future that called him on the rooftop to show him a "major architectural mistake" and threw him over.

On his attempt to save himself, Ignatius grabbed his master's clothes and they both ended up dead in front of the gate.

Modern science shed light on the legend and now we know that these two figures belong to two satyrs removed from an ancient Dionysus temple.

The church was fully restored in 1966 to its original 6th century form (built by Emperor Justinian) by the great academic Anastasios Orlandos and has been a significant pilgrimage site for Greeks and Christians around the world.

Naoussa Gastronomy Activities Places to visit Distances
You must see 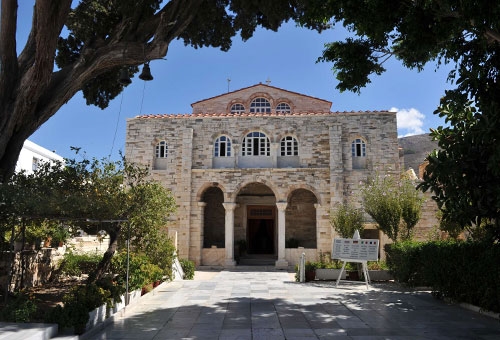 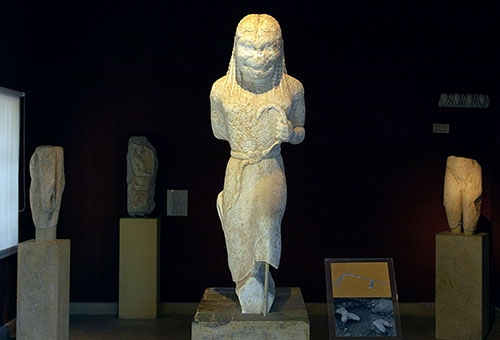 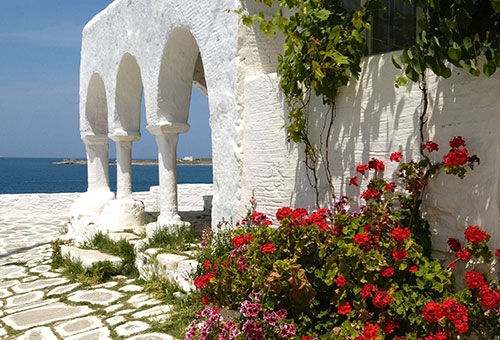 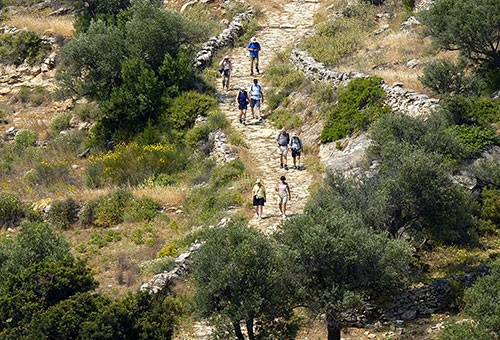 The Byzantine Trail - Lefkes to Prodromos 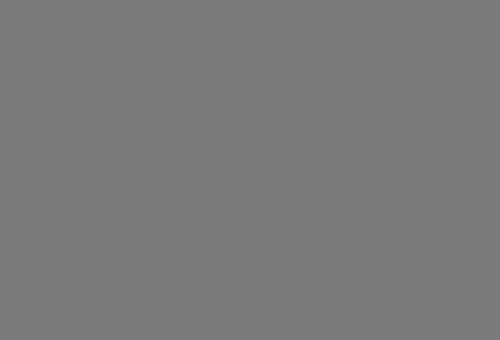 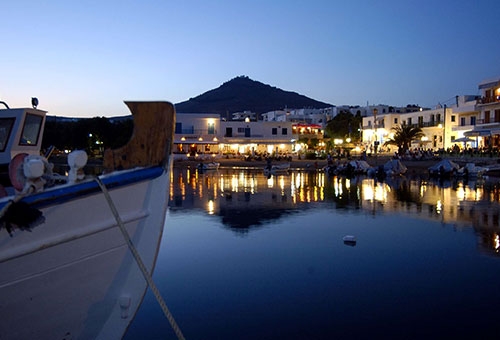 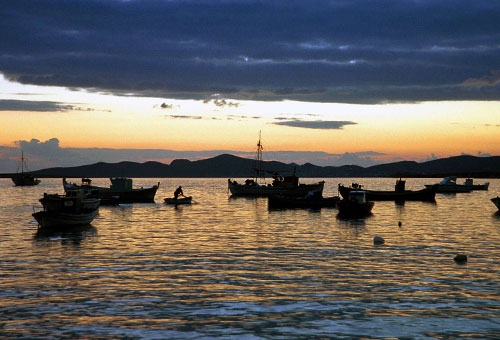